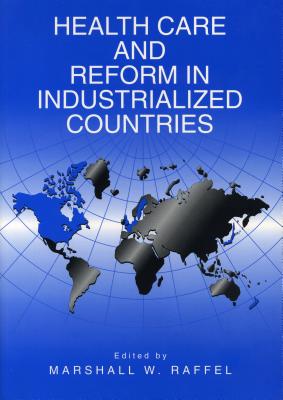 This timely volume examines the health care systems of Canada, Denmark, France, Germany, Japan, the Netherlands, New Zealand, Sweden, the United Kingdom, and the United States. All democratic and affluent, with well-educated populations and high health standards, these countries have interacted with each other extensively over the years in commercial, cultural, and scientific affairs. The essayists, all resident health care experts, address here the ways in which their countries influence, and are influenced by, the health care systems of other countries studied here. They also examine their common problems--not least the increasing pressure to serve aging populations while maintaining economic balance.

Each covering a different country, the chapters detail the various components of national health care systems: the role, choices, and financial responsibility of the patient, physician training and influence, the organization and financing of hospitals, provisions for care of the elderly and mentally ill, public health services, the role of private health insurance, national health expenditures and efforts at cost containment, and the role of government. Each chapter is supplemented with a wealth of statistical data relevant to the respective country.

The final chapter by Marshall W. Raffel addresses some of the overarching issues that emerge from the study of these ten countries. While not proposing a solution to all of the problems of health care systems, this volume provides information and insights for those examining and addressing the organizational and financial issues in their own countries.

Marshall W. Raffel is Professor Emeritus of Health Policy and Administration at Penn State University. He has acted as a consultant on health care planning and reform at both the state level and the federal level in the United States and in Southeast Asia, Poland, the Czech Republic, the Slovak Republic, and Hungary. He is co-author (with Norma K. Raffel) of The U.S. Health Care System: Origins and Functions and Comparative Health Systems: Descriptive Analyses of Fourteen National Health Systems (Penn State, 1984).
or
Buy Here
Copyright © 2020 American Booksellers Association