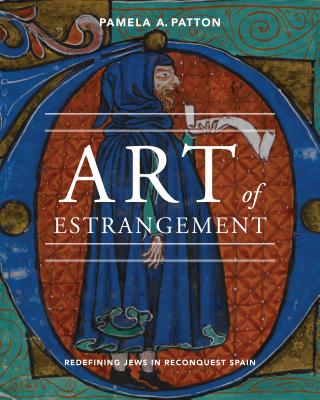 At its peak in the twelfth and thirteenth centuries, the so-called Spanish Reconquest transformed the societies of the Iberian Peninsula at nearly every level. Among the most vivid signs of this change were the innovative images developed by Christians to depict the subjugated Muslims and Jews within their vastly expanded kingdoms. In Art of Estrangement, Pamela Patton traces the transformation of Iberia's Jews in the visual culture of Spain's Christian-ruled kingdoms as those rulers strove to affiliate with mainstream Europe and distance themselves from an uncomfortably multicultural past.

Art of Estrangement scrutinizes a wide range of works--from luxury manuscripts and cloister sculptures to household ceramics and scribal doodles--to show how imported and local motifs were brought together to articulate and reinforce the efforts of Spain's Christian communities to renegotiate their relationships with a vibrant Jewish minority. The arsenal of stereotypes, symbols, and narratives deployed to characterize Jews and their changing social roles often paralleled those found in contemporaneous literature and folklore; they ranged from such time-honored European formulae as the greedy usurer and the "Jewish nose" to locally resonant conflations of Jews with Muslims. The book's close, contextualized reading of works from the late twelfth through early fourteenth centuries draws on recent scholarship in Iberian history, religion, and cultural studies, shedding new light on the delicate processes by which communal and religious identities were negotiated in medieval Spain.

Pamela A. Patton is Director of The Index of Medieval Art at Princeton University.
or
Not Currently Available for Direct Purchase