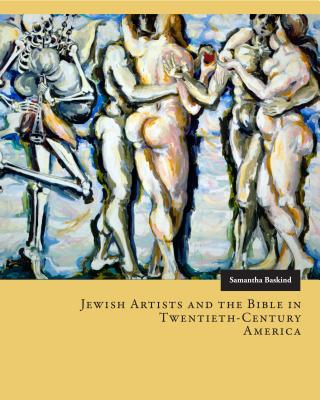 Jewish Artists and the Bible in Twentieth-Century America

Jack Levine, George Segal, Audrey Flack, Larry Rivers, and R. B. Kitaj have long been considered central artists in the canon of twentieth-century American art: Levine for his biting paintings and prints of social conscience, Segal for his quiet plaster figures evoking the alienation inherent in modern life, Flack for her feminist photorealist canvases, Rivers for his outrageous pop art statements, and Kitaj for his commitment to figuration. Much less known is the fact that at times, all five artists devoted their attention to biblical imagery, in part because of a shared Jewish heritage to which they were inexorably tied.

Taking each artist as an extensive case study, Jewish Artists and the Bible in Twentieth-Century America uncovers how these artists and a host of their Jewish contemporaries adopted the Bible in innovative ways. Indeed, as Samantha Baskind demonstrates, by linking the past to the present, Jewish American artists customized the biblical narrative in extraordinary ways to address modern issues such as genocide and the Holocaust, gender inequality, assimilation and the immigrant experience, and the establishment and fate of the modern State of Israel, among many other pertinent concerns.

Samantha Baskind is Professor of Art History at Cleveland State University.
Loading...
or
Not Currently Available for Direct Purchase