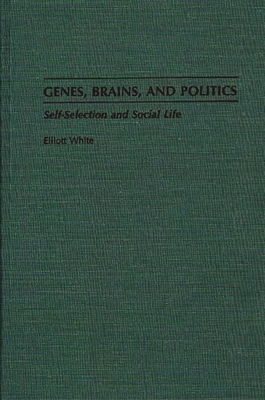 White moves from a simple proposition maintaining that all individuals seek suitable surroundings to propose a provocative approach to social and political action. Rooting his position in modern life sciences and particularly in sociobiology and neurobiology, he establishes an IMPish model that is interactional, mentalist, and populational. Interactional in that both heredity and environment are credited for due influence on individuals' traits; mentalist in that individuals' actions can be purposeful rather than simply determined; and populational in his insistence that the unique persona must not be slighted in the rush to fashion statistics.

Applying his behavioral principles most notably relevant to self-selection and using examples derived from modern political action, White examines the importance of these fundamental orientations in the social and political orders. The work has implications for policy assessment and re-formulation. It constitutes a challenge to much of the widely accepted contemporary political theory and public policy approaches.

ELLIOTT WHITE is Professor of Political Science at Temple University, Japan. He is the author of The End of the Empty Organism (Praeger, 1992), the editor of Sociobiology and Human Politics (1981), and the co-editor (with Joseph Losco) of Biology and Bureaucracy (1986).
Loading...
or support indie stores by buying on