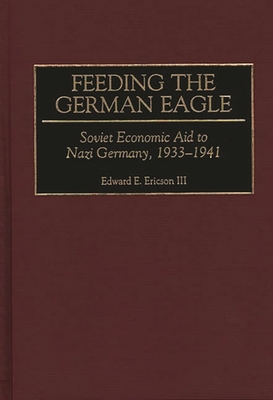 The dramatic story of Hitler and Stalin's marriage of convenience has been recounted frequently over the past 60 years, but with remarkably little consensus. As the first English-language study to analyze the development, extent, and importance of the Nazi-Soviet economic relationship from Hitler's ascension to power to the launching of Operation Barbarossa in June 1941, this book highlights the crucial role that Soviet economic aid played in Germany's early successes in World War II. When Hitler's rearmament efforts left Germany dangerously short of raw materials in 1939, Stalin was able to offer valuable supplies of oil, manganese, grain, and rubber. In exchange, the Soviet Union would gain territory and obtain the technology and equipment necessary for its own rearmament efforts.

However, by the summer of 1941, Stalin's well-calculated plan had gone awry. Germany's continuing reliance on Soviet raw materials would, Stalin hoped, convince Hitler that he could not afford to invade the USSR. As a result, the Soviets continued to supply the Reich with the resources that would later carry the Wehrmacht to the gates of Moscow and nearly cost the Soviets the war. The extensive use in this study of neglected source material in the German archives helps resolve the long-standing debate over whether Stalin's foreign policy was one of expansionism or appeasement.

EDWARD E. ERICSON III is Chairman of the Department of History at John Brown University in Siloam Springs, Arkansas./e He has published articles and reviews in a variety of historical and general journals.
Loading...
or support indie stores by buying on