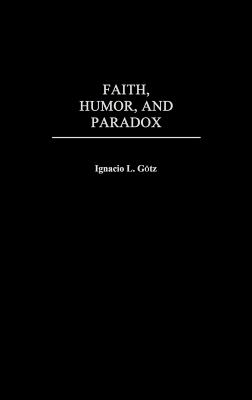 G tz proposes that there is no opposition between faith and humor, belief and laughter. To argue this point, he shows how both the structure of faith and that of humor are the same, and this structure is paradox. Paradox, which is well known in the secular realms of mathematics and philosophy, is explored, first, in detail, and then he shows how faith and humor, both, are paradoxical in nature. The result is that there is no real opposition between faith and humor. The tragic and the comic are sisters, as Aristotle saw in antiquity.

On the other side, G tz shows what happens when faith and humor depart from paradox: faith becomes dogmatic and fanatical, and humor becomes superficial and banal. Fanatical faith latches onto beliefs and dogmas rather than to the openness of paradox, and so it leads to terrorism against those who hold onto different beliefs. G tz also warns against an easy embrace of tolerance as the only alternative to fanaticism, because tolerance itself is imperfect and is often forced to accept evil. It should not, G tz argues, be the sole solution inculcated in our schools. This is a thoughtful and provocative analysis that will be of interest to the general reader as well as scholars and students interested in the place of religion in contemporary society.