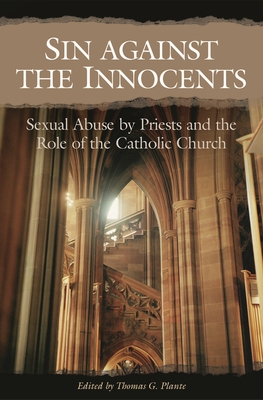 Sin Against the Innocents

Experts from a variety of fields join forces to show what fuels a most horrific violation of trust--sexual abuse by priests--and how the Church and church structure play a role in this abuse. This riveting work includes chapters by a former Director of the premiere U.S. facility treating clergy who are sexual offenders, by a Jesuit psychologist who authored the largest study of clergy sexual abusers ever completed, and from a Vatican Correspondent explaining the issues as seen by the Vatican. The text also includes an opening chapter by Michael Rezendes, a Boston Globe investigative reporter and member of the Spotlight Team that won the Pulitzer Prize for breaking the story of sexual abuse by clergy. A statement by the Executive Director of SNAP, the national support group for victims of clergy sexual abuse, is also included.

This is the first book that gathers experts from a variety of fields to offer thoughtful, objective perspectives regarding what we know about sexual abuse by clergy and what we can do to solve the problem. Attention is given not only to psychological aspects of both the perpetrators and victims, but also to canon law, clergy misconduct review boards, the sexual/celibate agenda of the Church, the challenges for treatment facilities, and barriers to resolution that exist within the Roman Catholic Church.