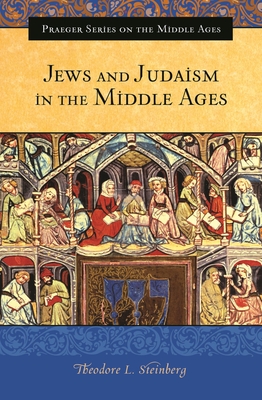 Although Jews constituted the largest minority in medieval Europe, they tend to be largely ignored in general studies of the Middle Ages, with the result that their history and culture are both overlooked and misunderstood. Jews and Judaism in the Middle Ages attempts to correct that situation by presenting, in clear and accessible language, an introduction to Jewish thought as well as to medieval Jewish history and texts.

This volume examines the everyday life of medieval Jews in both Christian and Muslim environments, looks at the causes of medieval anti-Semititism and anti-Judaism, and includes a brief history of the persecutions to which medieval Jews were subjected. Despite popular opinion today, medieval Jewish life consisted of far more than persecution and suffering, and the volume examines Jewish accomplishments in the fields of biblical commentary, literature, philosophy, and mysticism, demonstrating that Jewish life, while often difficult, also had its creative and glorious side. Because the Talmud was the most important Jewish text throughout the Middle Ages, this volume introduces readers to the intricacies of that long and involved work, which helped to shape medieval Christianity.

Theodore L. Steinberg is Distinguished Professor of English at the State University of New York, Fredonia and the author of over thirty articles and four books, including Reading the Middle Ages (2003).
Loading...
or
Not Currently Available for Direct Purchase