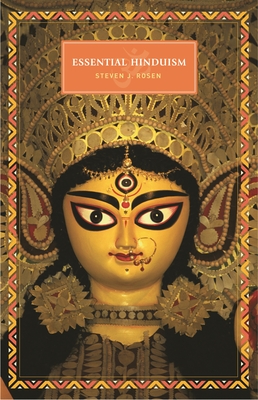 As a world religion, Hinduism remains one of the most elusive for many. Its teachings, beliefs, practices, and history are reviewed here by an expert hoping to introduce readers to the world of Hinduism. While there are many forms of Hinduism, and offshoots as well, the complex nature of this faith makes it elusive to many. This straightforward overview, focusing on Vaishnavism-the most common form of Hinduism--is ideal for those who wish to learn more about this ancient tradition..

Beginning with chapters about the foundations of Hinduism, Rosen clearly lays out what is otherwise a complicated history. Providing Hindu terms alongside English translations, he is able to bring the faith alive for readers unacquainted with its varieties and its tenets. Moving on to chapters about practices, including festivals, teachings, chanting, eating habits and more, Rosen brings Hinduism to life in vivid detail.

Steven J. Rosen is editor-in-chief of the Journal of Vaishnava Studies, an academic quarterly esteemed by scholars around the world. He is also Associate Editor of Back to Godhead, the magazine of the Hare Krishna movement. His recent books include The Hidden Glory of India (2001) and Holy War: Violence and the Bhagavad Gita (2002). In addition, Greenwood Press has recently released his reference book on Hinduism as part of their Introduction to the Major World Religions series.
Loading...
or
Not Currently Available for Direct Purchase