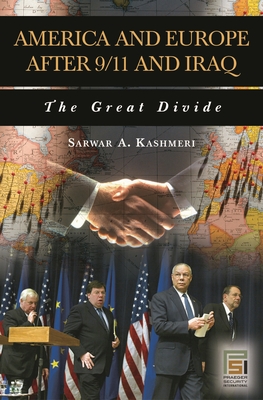 America and Europe after 9/11 and Iraq

American foreign policy toward Europe is merrily rolling along the path of least resistance, in the belief that there is nothing really amiss with the European-American relationship that multilateralism will not fix. Not true, argues Kashmeri. The alliance is dead, cannot be fixed, and must be renegotiated. It has not grown to accommodate Europe's emergence as a major power. A kind of United States of Europe, with foreign priorities different from those of the United States, has arrived at America's doorstep. But America is still forging foreign policy for Europe using Cold War realities; both Democrats and Republicans expect the European Union to fall into step, and report for service as needed--under American leadership.

Europe, however, has other plans, and as it becomes more powerful on the world stage, competing visions of European leadership have emerged. The Iraq War has brought them into stark relief. For example, as Kashmeri points out, the Atlantic divide over Iraq was more about French-British competition for leadership of Europe than it was about a division between American goals and European goals. He portrays British foreign policy as out of touch with reality, as a policy that has done a disservice to the United States as a result of the Blair government's exaggerated and self-serving view of the British-American special relationship. Kashmeri concludes with prescriptions for forging a new alliance based on a special relationship with the European Union. This agenda is inspired by the thoughts of the leaders who spoke to the author specifically for this book, among them former president George H. W. Bush, former British prime minister John Major, James A. Baker III, Wesley K. Clark, Brent Scowcroft, Paul Volcker, U.S. Senator Chuck Hagel, and Caspar W. Weinberger.

Sarwar A. Kashmeri has been recognized on both sides of the Atlantic as an observer and commentator on U.S.-European business and foreign policy issues since 1995. He is a Fellow of the Foreign Policy Association, for which he produces Global Currents, a bimonthly MP3 podcast, interviewing government and corporate leaders on foreign policy and business/public policy issues. He is a strategic communications adviser and business columnist, and divides his time between his Reading, Vermont, residence and New York.
Loading...
or support indie stores by buying on