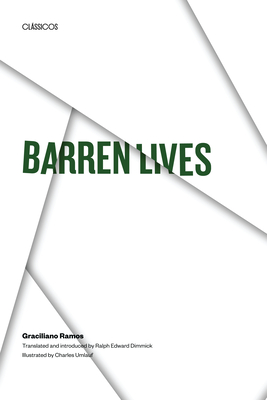 A peasant family, driven by the drought, walks to exhaustion through an arid land. As they shelter at a deserted ranch, the drought is broken and they linger, tending cattle for the absentee ranch owner, until the onset of another drought forces them to move on, homeless wanderers again. Yet, like the desert plants that defeat all rigors of wind and weather, the family maintains its will to survive in the harsh and solitary land. Intimately acquainted with the region of which he writes and keenly appreciative of the character of its inhabitants, into whose minds he has penetrated as few before him, Graciliano Ramos depicts them in a style whose austerity well becomes the spareness of the subject, creating a gallery of figures that rank as classic in contemporary Brazilian literature.

Graciliano Ramos is of the naturalistic tradition in the literature of Brazil, but this novel is not mere social protest. The author has a keen visual sense, and the reader becomes one with the part of the earth where Fabiano’s life unfolds.... Barren Lives is a moving novel, one to ponder on.
— Library Journal