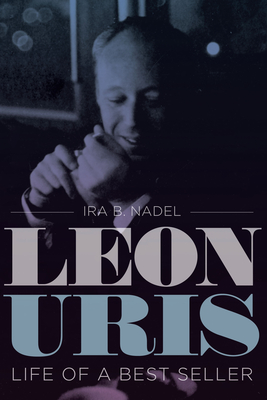 As the best-selling author of Exodus, Mila 18, QB VII, and Trinity, Leon Uris blazed a path to celebrity with books that readers could not put down. Uris's thirteen novels sold millions of copies, spent months on the best-seller lists, appeared in fifty languages, and have been adapted into equally popular movies and TV miniseries. Few other writers equaled Uris's fame in the mid-twentieth century. His success fueled the rise of mass-market paperbacks, movie tie-ins, and celebrity author tours. Beloved by the public, Uris was, not surprisingly, dismissed by literary critics. Until now, his own life and work--as full of drama as his fiction--have never been the subject of a book. In Leon Uris: Life of a Best Seller, Ira Nadel traces Uris from his disruptive youth to his life-changing experiences as a marine in World War II. These experiences, coupled with Uris's embrace of his Judaism and desire to write, led to his unprecedented success and the lavish excesses of a career as a best-selling author. Nadel reveals that Uris lived the adventures he described, including his war experiences in the Pacific (Battle Cry), life-threatening travels in Israel (Exodus), visit to Communist Poland (Mila 18), libel trial in Britain (QB VII), and dangerous sojourn in fractious Northern Ireland and the Irish Republic (Trinity). Nadel also demonstrates that Uris's talent for writing action-packed, yet thoroughly researched, novels meshed perfectly with the public's desire to revisit and understand the tumultuous events of recent history. This made him far more popular (and wealthy) than more literary authors, while paving the way for writers such as Irving Wallace and Tom Clancy.

IRA NADEL is Professor of English and Distinguished University Scholar at the University of British Columbia in Vancouver. He is also a Fellow of the Royal Society of Canada and winner of the Medal for Canadian Biography in 1996. His most recent book, Dav
Loading...
or
Not Currently Available for Direct Purchase