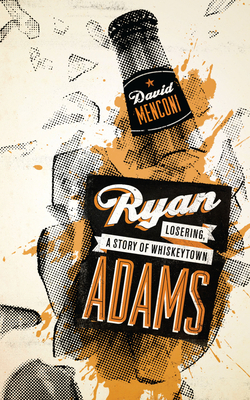 Before he achieved his dream of being an internationally known rock personality, Ryan Adams had a band in Raleigh, North Carolina. Whiskeytown led the wave of insurgent-country bands that came of age with No Depression magazine in the mid-1990s, and for many people it defined the era. Adams was an irrepressible character, one of the signature personalities of his generation, and as a singer-songwriter he blew people away with a mature talent that belied his youth. David Menconi witnessed most of Whiskeytown’s rocket ride to fame as the music critic for the Raleigh News & Observer, and in Ryan Adams, he tells the inside story of the singer’s remarkable rise from hardscrabble origins to success with Whiskeytown, as well as Adams’s post-Whiskeytown self-reinvention as a solo act. Menconi draws on early interviews with Adams, conversations with people close to him, and Adams’s extensive online postings to capture the creative ferment that produced some of Adams’s best music, including the albums Strangers Almanac and Heartbreaker. He reveals that, from the start, Ryan Adams had an absolutely determined sense of purpose and unshakable confidence in his own worth. At the same time, his inability to hold anything back, whether emotions or torrents of songs, often made Adams his own worst enemy, and Menconi recalls the excesses that almost, but never quite, derailed his career. Ryan Adams is a fascinating, multifaceted portrait of the artist as a young man, almost famous and still inventing himself, writing songs in a blaze of passion.

DAVID MENCONIMenconi has been the music critic at the Raleigh News & Observer since 1991, and he misses the days when it was possible to see Whiskeytown play in Raleigh every week. His writing has also appeared in Spin, Billboard, the New York Times, an
Loading...
or
Not Currently Available for Direct Purchase