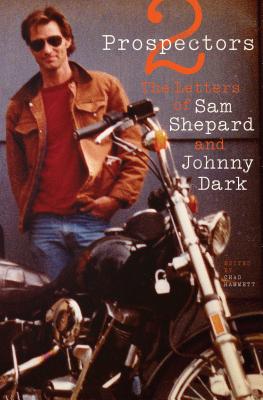 The Letters of Sam Shepard and Johnny Dark

“With photos, facsimiles, and full texts, this volume of correspondence between playwright and actor Shepard and his former father-in-law and close friend, Dark, is as multifaceted as the voices and lives of its principals. Since Shepard has said he won't write a memoir, this spirited 40-plus year correspondence may well be the closest we will get to the playwright's perspective on his own life and work. It is fitting that this insight comes in the form of an adventurous and frank dialogue with another man; like many of Shepard's plays, the complex relationship between two men is at the heart of this collection. Similarly apt is the book's title, which the editor took from a play Shepard and Dark wrote together but that, like their long friendship, remains unfinished.”
— Laurie Greer, Politics & Prose Books and Coffee Shop, Washington, DC
View the List

Sam Shepard is arguably America's finest working dramatist, as well as an accomplished screenwriter, actor, and director. Winner of a Pulitzer Prize, he has written more than forty-five plays, including True West, Fool for Love, and Buried Child. Shepard has also appeared in more than fifty films, beginning with Terrence Malick's Days of Heaven, and was nominated for an Academy Award for his performance in The Right Stuff. Despite the publicity his work and life have attracted, however, Shepard remains a strongly private man who has said many times that he will never write a memoir. But he has written intensively about his inner life and creative work to his former father-in-law and housemate, Johnny Dark, who has been Shepard's closest friend, surrogate brother (they're nearly the same age), and even artistic muse for forty-five years and counting.

Two Prospectors gathers nearly forty years of correspondence and transcribed conversations between Shepard and Dark. In these gripping, sometimes gut-wrenching letters, the men open themselves to each other with amazing honesty. Shepard's letters give us the deepest look we may ever get into his personal philosophy and creative process, while in Dark's letters we discover insights into Shepard's character that only an intimate friend could provide. The writers also reflect on the books and authors that stimulate their thinking, their relationships with women (including Shepard's anguished decision to leave his wife and son--Dark's stepdaughter and grandson--for actress Jessica Lange), personal struggles, and accumulating years. Illustrated with Dark's candid, revealing photographs of Shepard and their mutual family across many years, as well as facsimiles of numerous letters, Two Prospectors is a compelling portrait of a complex friendship that has anchored both lives for decades, a friendship also poignantly captured in Treva Wurmfeld's film, Shepard & Dark.