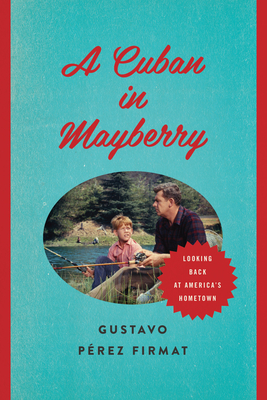 A Cuban in Mayberry

Looking Back at America's Hometown

Half a century after viewers first watched a father and son walking to the local fishing hole, whistling a simple, yet unforgettable, tune, The Andy Griffith Show remains one of the most popular sitcoms in the history of American television. Tens of millions of viewers have seen the show either in its original run, its ongoing reruns, on DVD, or on the internet. Websites devoted to the show abound, hundreds of fan clubs bring enthusiasts together, and a plethora of books and Mayberry-themed merchandise have celebrated all things Mayberry. A small cottage industry has even developed around the teachings of the show’s episodes. But why does a sitcom from the 1960s set in the rural South still evoke such devotion in people today? In A Cuban in Mayberry, acclaimed author Gustavo Pérez Firmat revisits America’s hometown to discover the source of its enduring appeal. He approaches the show from a unique perspective—that of an exile who has never experienced the rootedness that Andy and his fellow Mayberrians take for granted, as folks who have never strayed from home or lived among strangers. As Pérez Firmat weaves his personal recollections of exile from Cuba with an analysis of the show, he makes a convincing case that the intimacy between person and place depicted in TAGS is the secret of its lasting relevance, even as he reveals the surprising ways in which the series also reflects the racial, generational, and political turbulence of the 1960s.

Born in Havana and raised in Miami, GUSTAVO PÉREZ FIRMAT is currently the David Feinson Professor in the Humanities at Columbia University in New York City, as well as a resident of Chapel Hill, North Carolina. A noted writer and scholar, he is the author of many books, including the award-winning Life on the Hyphen: The Cuban-American Way, and numerous essays and reviews. Newsweek included him among “100 Americans to watch for in the 21st century” and Hispanic Business Magazine selected him as one of the “100 most influential Hispanics” in the United States.
Loading...
or
Not Currently Available for Direct Purchase