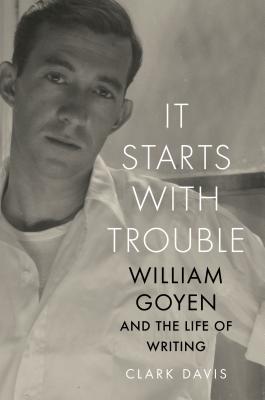 It Starts with Trouble

William Goyen and the Life of Writing

William Goyen was a writer of startling originality and deep artistic commitment whose work attracted an international audience and the praise of such luminaries as Northrop Frye, Truman Capote, Gaston Bachelard, and Joyce Carol Oates. His subject was the land and language of his native East Texas; his desire, to preserve the narrative music through which he came to know his world. Goyen sought to transform the cherished details of his lost boyhood landscape into lasting, mythic forms. Cut off from his native soil and considering himself an "orphan," Goyen brought modernist alienation and experimentation to Texas materials. The result was a body of work both sophisticated and handmade and a voice at once inimitable and unmistakable.

"It Starts with Trouble" is the first complete account of Goyen's life and work. It uncovers the sources of his personal and artistic development, from his early years in Trinity, Texas, through his adolescence and college experience in Houston; his Navy service during World War II; and the subsequent growth of his writing career, which saw the publication of five novels, including "The House of Breath," nonfiction works such as "A Book of Jesus," several short story collections and plays, and a book of poetry. It explores Goyen's relationships with such legendary figures as Frieda Lawrence, Katherine Anne Porter, Stephen Spender, Anais Nin, and Carson McCullers. No other twentieth-century writer attempted so intimate a connection with his readers, and no other writer of his era worked so passionately to recover the spiritual in an age of disabling irony. Goyen's life and work are a testament to the redemptive power of storytelling and the absolute necessity of narrative art.