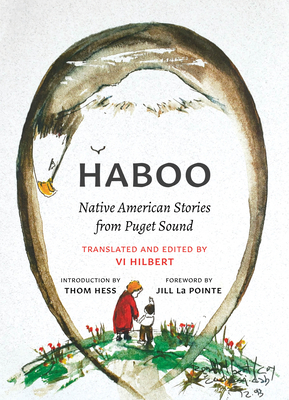 Upper Skagit tribal elder Vi taqʷsəblu Hilbert (1918-2008) received a National Heritage Fellowship from the National Endowment of the Arts in 1994, taught language classes at the University of Washington, and cowrote the Lushootseed Dictionary. Thom Hess (1936-2009) was a professor of linguistics at the University of Victoria. Jill tsisqʷux̌ʷal La Pointe is director of Lushootseed Research and granddaughter of Vi taqʷsəblu Hilbert.
Loading...
or support indie stores by buying on