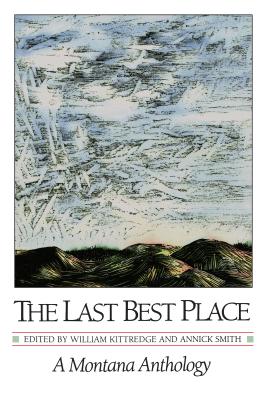 This book is an anthology of some of the greatest stories and storytellers of the American West. Through eight chapters and over 800 pages, 150 writers present scores of myths, stories, poems, essays, and journals that document Montana's significant literary tradition. The selections range from pre-white Indian days to the present, and, taken as a whole, they offer a powerful microcosm of the entire western experience.

The chapters, each prefaced by an original essay, progress chronologically from myths and tales of the Indian people to accounts of exploration and the fur trade, followed by the mining and stockmen's frontiers, the agricultural and small town experience, as well as a special chapter on Butte--the richest hill on earth.

Contemporary chapters take up the emergence of the modern West in the middle years of the twentieth century as well as the renaissance of western literature in contemporary fiction and poetry. These chapters include many authors who have earned national reputations in fiction, poetry, and criticism, but they also include many younger writers whose careers are just beginning.