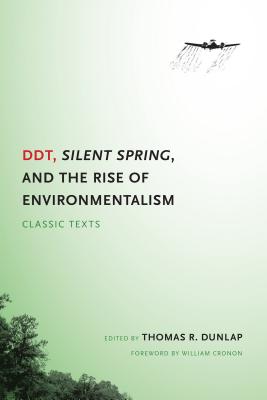 DDT, Silent Spring, and the Rise of Environmentalism (Paperback)

No single event played a greater role in the birth of modern environmentalism than the publication of Rachel Carson's Silent Spring and its assault on insecticides. The documents collected by Thomas Dunlap trace shifting attitudes toward DDT and pesticides in general through a variety of sources: excerpts from scientific studies and government reports, advertisements from industry journals, articles from popular magazines, and the famous "Fable for Tomorrow" from Silent Spring.

Beginning with attitudes toward nature at the turn of the twentieth century, the book moves through the use and early regulation of pesticides; the introduction and early success of DDT; the discovery of its environmental effects; and the uproar over Silent Spring. It ends with recent debates about DDT as a potential solution to malaria in Africa.

Thomas R. Dunlap is professor of history at Texas A & M University. He is the author of four books including Faith in Nature: Environmentalism as Religious Quest and DDT: Scientists, Citizens, and Public Policy.
or
Buy Here
Copyright © 2020 American Booksellers Association