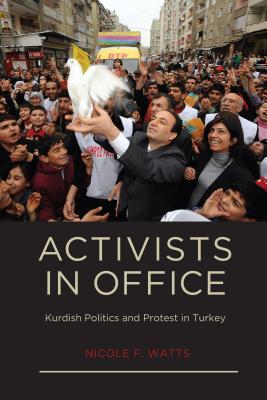 Thousands of Kurdish politician-activists have been prosecuted and imprisoned, and hundreds have been murdered for espousing Kurdish political and cultural rights over the past twenty years. The risks are high, yet Pro-Kurdish political parties have made significant gains, as resources afforded by the political system have allowed them to challenge state rhetoric and policies to exercise power at the municipal level, which has helped legitimize and advance the pro-Kurdish movement. Activists in Office examines how these parties, while sharing many of the goals expressed by armed Kurdish groups, are using the legal political system to promote their highly contentious Kurdish national agenda in the face of a violent, repressive state.

Nicole F. Watts sheds light not only on the particular situation of Kurds in Turkey, but also on the challenges, risks, and potential benefits for comparable movements operating in less-than-fully democratic contexts. The book is a result of more than ten years of research conducted in Turkey and in Europe, and it draws on a wide array of sources, including Turkish electoral data, memoirs, court records, and interviews.