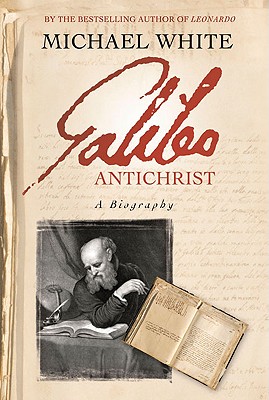 A giant of science, Galileo's achievements allow him to be bracketed alongside Newton, Einstein, and Darwin. A devout Roman Catholic, his genius threw him into conflict with his Church and his refusal to back down turned him into a martyr for many. Here, bestselling author Michael White gets to grips with the man and the world he challenged.Both biography and exploration of a time when religious and scientific understanding had become deeply and dangerously intertwined, "Galileo Antichrist" traces the path that led to its subject's denunciation as a heretic. While it is perfectly possible to view Galileo's collision with the Catholic Church as near inevitable, White draws on evidence recently discovered in the Vatican archives to question the accepted reasons for his trial. In doing so he shows why Galileo became such a contentious figure that, centuries later, the Pope, then Cardinal Joseph Ratzinger, felt driven to declare the process against the father of science as reasonable and just.

Michael White was science editor of "GQ" and columnist for the "Sunday Express." He is the author of several bestselling science biographies.
or
Not Currently Available for Direct Purchase
Copyright © 2020 American Booksellers Association