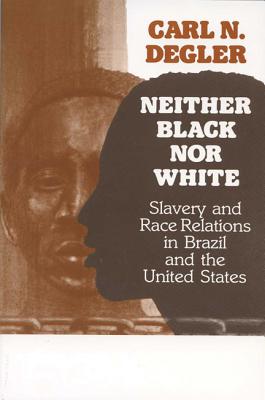 Neither Black Nor White

Slavery and Race Relations in Brazil and the United States

Carl Degler’s 1971 Pulitzer-Prize-winning study of comparative slavery in Brazil and the United States is reissued in the Wisconsin paperback edition, making it accessible for all students of American and Latin American history and sociology.
Until Degler’s groundbreaking work, scholars were puzzled by the differing courses of slavery and race relations in the two countries. Brazil never developed a system of rigid segregation, such as appeared in the United States, and blacks in Brazil were able to gain economically and retain far more of their African culture. Rejecting the theory of Giberto Freyre and Frank Tannenbaum—that Brazilian slavery was more humane—Degler instead points to a combination of demographic, economic, and cultural factors as the real reason for the differences.
“In the early 1970s when studies in social history were beginning to blossom on the North American scene, Carl Degler’s prize-winning contribution was a thoughtful provocative essay in comparative history. Its thoughtfulness has not diminished with the years. Indeed, it is as topical today as when it was first published. The Brazilian experience with rapid industrialization and its attempt to restore democratic government indicates that the issues which Degler treated in the early 1970s are more pertinent than ever today.”—Franklin W. Knight, Department of History, Johns Hopkins University.


Praise For Neither Black Nor White: Slavery and Race Relations in Brazil and the United States…

“This is one of the most important books written on the subject of comparative race relations since Slave and Citizen [by Frank Tannenbaum]. Degler’s treatment of the nature of contemporary race relations is masterful.”—The Americas

Carl Degler is Margaret Byrne Professor of American History Emeritus at Stanford University. He is also the author of several books including In Search of Human Nature: The Decline and Revival of Darwinism in American Social Thought.