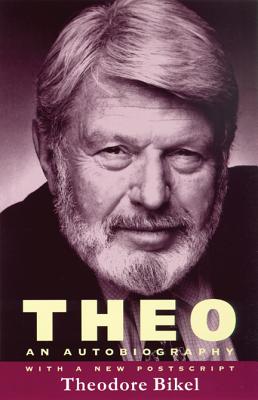 An award-winning actor on screen and stage (The Defiant Ones, The African Queen, The Sound of Music, My Fair Lady, Fiddler on the Roof), an activist for civil rights and progressive causes worldwide, and a singer whose voice has won him great applause, Theodore Bikel here tells his own compelling life story. Born in Austria, raised in Palestine, educated in England, and with a stellar career in the United States and around the world, Bikel offers a personal history parallel to momentous events of the twentieth century. In an eloquent, fiercely committed voice, he writes of the Third Reich, the birth of the State of Israel, the McCarthy witch hunts of the 1950s, and the tumultuous 1960s in America. In a new postscript to this paperback edition, he looks at recent events in the Middle East and takes both sides to task for their excesses.


Praise For Theo: An Autobiography…

"A compelling life, taking Bikel from pre–World War II Eastern Europe to an acting career in Israel; emigration to England after the war, training at the Royal Academy of Dramatic Arts, and initial success in British theater and film; a leap to the Broadway stage and stardom in The Sound of Music; productive years as a Hollywood character actor; a new career as a folksinger in the late1950s; then several decades of activism, as president of Actors’ Equity and a prominent figure in the civil rights and anti-Vietnam War movements."—Kirkus Reviews

"An engaging, well-written memoir . . . full of theater stories about playing Mitch opposite Vivien Leigh’s Blanche in the London production of A Streetcar Named Desire, playing Baron von Trapp opposite Mary Martin’s Maria in The Sound of Music, and of course his many performances as Tevye [in Fiddler on the Roof.]"—Oakland Tribune

"Bikel has been an articulate spokesman against oppression, dictatorship, inhumanity, war."—Boston Globe

Theodore Bikel (1924 2015) was an actor, singer, and activist, supporting the search for peace and other causes.