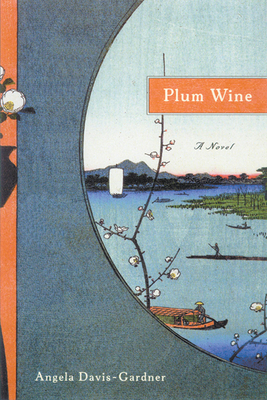 A Novel (Library of American Fiction)

Barbara Jefferson, a young American teaching in Tokyo in the 1960s, is set on a life-changing quest when her Japanese surrogate mother, Michi, dies, leaving her a tansu of homemade plum wines wrapped in rice paper. Within the papers Barbara discovers writings in Japanese calligraphy that comprise a startling personal narrative. With the help of her translator, Seiji Okada, Barbara begins to unravel the mysteries of Michi's life, a story that begins in the early twentieth century and continues through World War II and its aftermath.
As Barbara and Seiji translate the plum wine papers they form an intimate bond, with Michi a ghostly third in what becomes an increasingly uneasy triangle. Barbara is deeply affected by the revelation that Michi and Seiji are hibakusha, survivors of the atomic bombing in Hiroshima, and even harder for her to understand are the devastating psychological effects wrought by war. Plum Wine examines human relationships, cultural differences, and the irreparable consequences of war in a story that is both original and timeless.


Praise For Plum Wine: A Novel (Library of American Fiction)…

Durham Herald Sun
"A delicate and moving story about self-discovery and the search for understanding in the face of the cruelty human beings can inflict upon each other. [Davis-Gardner] treats each of her characters and settings with the quiet dignity considered such an integral part of the Japanese culture, even as she reveals their fears and their flaws. Her style is as spare and graceful as Japanese calligraphy, each word a purposeful and precise stroke evoking a world steeped in tradition trying to come to grips with the chaos of a new age."

News and Observer
"Plum Wine illuminates the difficult process of discovering the careful balance between knowledge and inexperience, innocence and clarity. [Angela Davis-Gardner] displays just the right touch in her multilayered third novel, "Plum Wine," never once losing the powerfully bare quality of a soft brush on rice paper."

Bookslut.com, April 2006
"Davis-Gardner is an excellent tour guide: her vivid descriptions and lucid explanations of all things Japanese are nearly enough to make you impulsively purchase a plane ticket. Visions of elaborate tea ceremonies, emerald evergreen branches and the golden plums that make Michi’s wine make Plum Wine sensual, inviting, illuminating. The reader will pick up a few bits of vocabulary, and perhaps an appetite for eel, mochi cake, and most certainly the sweet drink that gives the book its name."

"A mystery that unfolds as beautifully, delicately, and ceremoniously as a lotus blossom. One of the most memorable novels I have read in many years."—Lee Smith, author of The Last Girls

Angela Davis-Gardner is the author of two critically acclaimed novels, Felice and Forms of Shelter. Her short stories and personal essays have appeared in numerous literary magazines including Shenandoah and The Greensboro Review. She is professor of creative writing at North Carolina State University.
Loading...
or
Not Currently Available for Direct Purchase