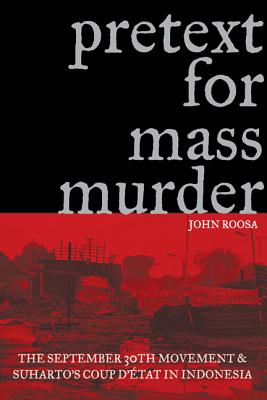 The September 30th Movement and Suharto's Coup d'Etat in Indonesia

In the early morning hours of October 1, 1965, a group calling itself the September 30th Movement kidnapped and executed six generals of the Indonesian army, including its highest commander. The group claimed that it was attempting to preempt a coup, but it was quickly defeated as the senior surviving general, Haji Mohammad Suharto, drove the movement's partisans out of Jakarta. Riding the crest of mass violence, Suharto blamed the Communist Party of Indonesia for masterminding the movement and used the emergency as a pretext for gradually eroding President Sukarno's powers and installing himself as a ruler. Imprisoning and killing hundreds of thousands of alleged communists over the next year, Suharto remade the events of October 1, 1965 into the central event of modern Indonesian history and the cornerstone of his thirty-two-year dictatorship.

Despite its importance as a trigger for one of the twentieth century's worst cases of mass violence, the September 30th Movement has remained shrouded in uncertainty. Who actually masterminded it? What did they hope to achieve? Why did they fail so miserably? And what was the movement's connection to international Cold War politics? In "Pretext for Mass Murder," John Roosa draws on a wealth of new primary source material to suggest a solution to the mystery behind the movement and the enabling myth of Suharto's repressive regime. His book is a remarkable feat of historical investigation.


Praise For Pretext for Mass Murder: The September 30th Movement and Suharto's Coup d'Etat in Indonesia…

“Painstakingly detailed, yet laid out in a clear narrative. . . . Provides a rational explanation for much of the chaos the political upheaval engendered.”—Publishers Weekly

“[This] stimulating and thoroughly researched book provides solid evidence to support interpretations that had previously been based only on speculation. It is an important addition to Indonesia coup literature.”—Harold Crouch, Review of Politics

“Fascinating. . . . Roosa’s detailed examination of what happened led him to the conclusion that there never was an organized movement and that  the propagation of the idea of such a thing was used to justify mass murder.”—Foreign Affairs

“Roosa’s engrossing book introduces new evidence in an attempt to provide a more definitive interpretation of an historical event that has remained murky for decades. . . . Makes for quite a riveting read.”—Vedi R. Hadiz, Pacific Affairs

“The best study hitherto of who organized [the September 30th Movement], why it failed, and how it could lead to mass killings, followed by decades of repression.”—Olle Törnquist, International Review of Social History

“1 October 1965 was the turning point in post-independence Indonesian history. . . . John Roosa's astonishing triple achievement has been to bring to light new evidence forty years after the event, to overturn the accepted conclusions, and to do all this in a gripping whodunnit style.”—Gerry Van Klinken, Bijdragen tot de Taal-, Land- en Volkenkunde

"This is essential reading for students of modern Indonesian history, and for anyone interested in political violence, the role of the military in politics, and U.S. foreign policy."—Geoffrey Robinson, UCLA

"Well-written and absorbing, this is the first scholarly attempt in more than two decades to examine seriously the evidence concerning the single most important puzzle in Indonesian history, the 30 September 1965 coup."—Robert Cribb, Australian National University

"Roosa takes readers into that fascinating hyper-heated political atmosphere of Sukarno's Indonesia when the society was rife with rumors and tensions.  By moving carefully through this darkened past, his account shows how the bloody denouement of October 1965 was the sum of these tensions—rival military factions, maneuvers by special units within the Communist Party, and the efforts of foreign intelligence agencies to manipulate these divisions.  Lucid, thoughtful, and engaging, this is a brilliant, strikingly original analysis."—Alfred W. McCoy, Series Editor, University of Wisconsin–Madison

John Roosa is assistant professor of history at the University of British Columbia in Vancouver, Canada, and coeditor of the Indonesian-language book "Tahun yang Tak Pernah Berakhir: Pengalaman Korban 1965: Esai-Esai Sejarah Lisan" ("The Year That Never Ended: Understanding the Experiences of the Victims of 1965: Oral History Essays").
Loading...
or
Not Currently Available for Direct Purchase