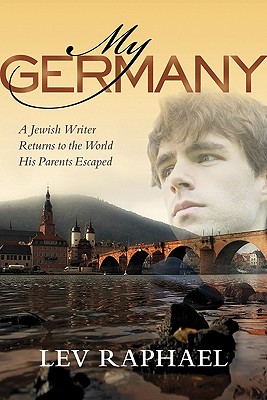 A Jewish Writer Returns to the World His Parents Escaped

Lev Raphael grew up loathing everything German. A son of Holocaust survivors, haunted by his parents suffering and traumatic losses under Nazi rule, he was certain that Germany was one place in the world he would never visit. Those feelings shaped his Jewish and gay identity, his life, and his career.
Then the barriers of a lifetime began to come down, as revealed in this moving memoir. After his mother's death, while researching her war years, Raphael found a distant relative living in the very city where she had been a slave laborer.
What would he learn if he actually traveled to the place where his mother had found freedom and met his father? Not long after that epochal trip, a German publisher bought several of his books for translation. Raphael was launched on book tours in Germany, discovering not so much a new Germany, but a new self: someone unafraid to face the past and transcend it.Finalist, TLA Gaybie Award for Best Gay Non-fiction


Praise For My Germany: A Jewish Writer Returns to the World His Parents Escaped…

“Lev Raphael writes with the precision of a neurosurgeon, the warmth of an ancient storyteller, and the soul of a people that has known the extremes of joy and sorrow, hope and despair, love and hate more than almost any other.”—The Jewish Bulletin, San Francisco

Lev Raphael has spoken about his work on three continents and has been publishing fiction and prose about the Second Generation for over thirty years longer than any other American author. His nineteen books include "The German Money," " Writing a Jewish Life," " "and" Dancing on Tisha B Av." He lives in Okemos, Michigan."
Loading...
or
Not Currently Available for Direct Purchase