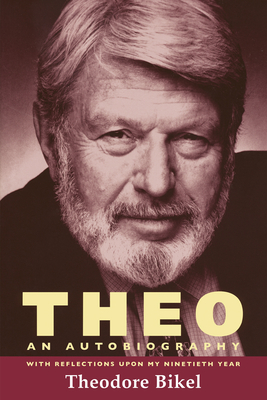 An award-winning actor on screen and stage (The Defiant Ones, The African Queen, The Sound of Music, My Fair Lady, Fiddler on the Roof), an activist for civil rights and progressive causes worldwide, and a singer whose voice has won him great applause, Theodore Bikel here tells his own compelling life story. Born in Austria, raised in Palestine, educated in England, and with a stellar career in the United States and around the world, Bikel offers a personal history parallel to momentous events of the twentieth century. In an eloquent, fiercely committed voice, he writes of the Third Reich, the birth of the State of Israel, the McCarthy witch hunts of the 1950s, the tumultuous 1960s in America, and events in the Middle East.
In this edition celebrating Bikel’s ninetieth birthday, he looks back in a new chapter at his youth in prewar Vienna, his adolescent years, his continued joy in performing timeless songs, his return to Vienna in recent years, and the active life that keeps him feeling young even after nearly a century of adventure.

Praise For Theo: An Autobiography…

“Bountiful and rewarding: an intimate memoir by an actor who is passionate on the subject of acting, a generous and endearing storyteller, and an eye-witness to history.”—Jonathan Kirsch, Los Angeles Times


“Bikel has been an articulate spokesman against oppression, dictatorship, inhumanity, war.”—Boston Globe


“An engaging, well-written memoir . . . full of theater stories about playing Mitch opposite Vivien Leigh’s Blanche in the London production of A Streetcar Named Desire, playing Baron von Trapp opposite Mary Martin’s Maria in The Sound of Music, and of course his many performances as Tevye [in Fiddler on the Roof].”—Oakland Tribune

Theodore Bikel (1924–2015) was an actor, singer, and activist, supporting the search for peace and other causes.
Loading...
or
Not Currently Available for Direct Purchase