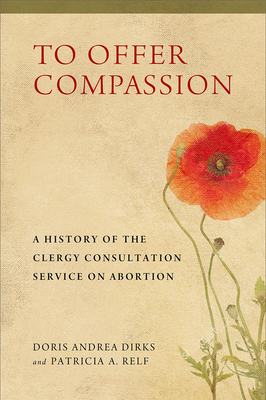 A History of the Clergy Consultation Service on Abortion

In 1967, when abortion was either illegal or highly restricted in every U.S. state, a group of ministers and rabbis formed to counsel women with unwanted pregnancies—including referral to licensed physicians willing to perform the procedure. By 1973, when the Roe v. Wade court decision made abortion legal nationwide, the Clergy Consultation Service on Abortion (CCS) had spread from coast to coast, referred hundreds of thousands of women for safe abortions without a single fatality, become a medical consumer advocacy group, and opened its own clinic in New York City.

As religious leaders spoke out on issues of civil rights, peace, or poverty, CCS members were also called to action by the suffering of women who had approached them for help. Overwhelmingly male, white, affluent, and middle-aged, these mainline Protestant and Jewish clergy were nonetheless outspoken advocates for the rights of women, particularly poor women. To Offer Compassion is a detailed history of this unique and largely forgotten movement, drawing on extensive interviews with original participants and on primary documents from the CCS's operations.

Praise For To Offer Compassion: A History of the Clergy Consultation Service on Abortion…

"This compelling history explores one of the twentieth century's most unusual religious endeavors—the collective defiance of American clergy who were willing to help direct women to illegal but safe abortions. No previous account of the Clergy Consultation Service has told their whole story so thoroughly and vividly." —Cynthia Gorney, author of Articles of Faith: A Frontline History of the Abortion Wars

"Provide[s] critically important social history that too many in today's abortion wars have never known or chosen to forget." —Publishers Weekly, starred review

Doris Andrea Dirks is a senior academic planner with the University of Wisconsin System Administration. Patricia A. Relf is a freelance writer.
Loading...
or
Not Currently Available for Direct Purchase