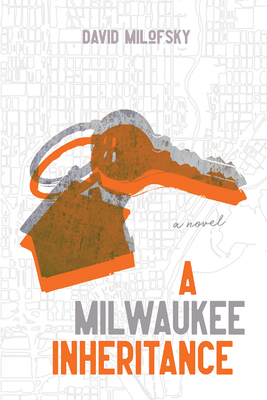 Successful Yale Law School grad Andy Simonson returns to Milwaukee if not in triumph, at least thinking he is better off than his blue-collar upbringing. However, coming home again proves to be less than it’s cracked up to be. A childhood friend lands him an associate gig at a big downtown firm. He settles into a lakeside mansion with his mercurial wife, Moira. Then his mother exacts a deathbed promise that he take over as landlord of her rundown duplex on the East Side—complete with delinquent occupants.
Moira is becoming obsessed with starting a family; Andy is becoming obsessed by thoughts of her friend Patsy. An unwinnable domestic dispute involving his shady tenant (and former classmate) Frankie “The Pin” Pignatano takes over more and more of his life. As tensions rise at home, at work, and in the duplex, Andy is forced to decide which vows he can honor.
This slow-burning, finely textured portrait of family dynamics pivots on secrets between generations and how the shadows of the past can darken the future.


Praise For A Milwaukee Inheritance…

“A Milwaukee Inheritance is, as advertised, a loving, knowing paean to the Cream City, itself, but also to our great American middle—about which not enough can be written—and as such has its own honest inheritances in Howells, Anderson, Bellow, Gass, Oates, Dybek—all heroes and—among whom David Milofsky’s measured, poignant, plain-spoke midwestern sentences and intelligence stand out vividly. It’s a novel that welcomes us.”—Richard Ford

“Early in a work, when readers know they’re in good hands, they smile and sit back to enjoy the ride. David Milofsky brings that skill to the subtle and wise story of a marriage’s loving mistakes and understandings.”—Joanne Greenberg

“Milofsky packs his classic you‐can’t‐go‐home‐again tale with entertaining twists and layers of conflict. Add to that a young man’s turmoil about morality, friendship, marriage, children, and his role in the world and you have a book that needs to be read.”—Patricia Skalka

David Milofsky, professor emeritus of English at Colorado State University, is the author of several novels including A Friend of Kissinger, Playing from Memory, and Eternal People.
Loading...
or
Not Currently Available for Direct Purchase