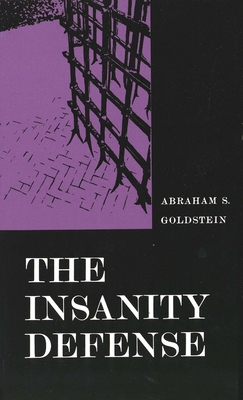 For more than a century, the insanity defense has been the most passionately debated issue in criminal law, the focal point of deeply rooted conflicts as to the function of a law of crime.  Unfortunately, however, the debate has been dominated by slogans and stereotypes – and by an inappropriate array of law against psychiatry, retribution against rehabilitation.  The prevailing M’Naghten and “irresistible impulse” rules have been roundly condemned and a reform consensus has developed that “something” desperately needs to be done about the insanity defense.  Mr. Goldstein examines the assertions about the inadequacy of the existing rules and considers what might be expected from the new rules which have been proffered.  Making his examination in the context of the entire trial process, he asks what relation the legal rules bear to those aspects of the trial which give them detailed content: whether evidence of mental disorder will be admitted; how freely experts may testify; whether a defendant’s case will be regarded by the judge as sufficient to allow the jury to pass upon it; and how the jurors are instructed about the defense.  He demonstrates that far too much has been expected from the insanity rule, that the words of the rule are less important than the underlying processes of proof, the institutions through which they function, and the influences brought to bear from the larger culture.  The layman often regards the insanity defense as a device by which the criminal avoids the consequences of his crime; but though the insanity defense speaks in terms of “acquittal,” it is in reality a mechanism for preventive detention.  Under existing procedures, the offender is committed to a mental hospital until he is “recovered” or no longer dangerous, or both.  The specter of indefinite commitment makes the defense most unattractive to defendants and their counsel, pressing them to seek less threatening alternatives.  The result is a patchwork of procedures for coping with the mentally disordered offender in an almost accidental way, a pattern very much at odds with the conventional view that the insanity defense dominates the field.