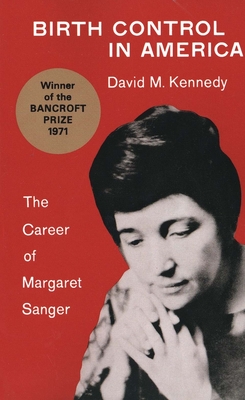 The Career of Margaret Sanger

A history of the birth control movement in the United States must necessarily be in part a biography of the movement’s leader – Margaret Sanger.  In this volume Mr. Kennedy describes Mrs. Sanger’s great personal influence on the course of the birth control movement and examines those elements of her thought and character which shed light on the nature of twentieth-century feminism and reform.  He shows that Mrs. Sanger contributed as much to women’s continuing subordination as she did to their liberation.  Similarly, he describes how she took the birth control issue with her as she moved from a commitment to radical anarchism to middle-class respectability, thereby transforming what she had conceived as a proletarian weapon in the class struggle into a conservative instrument of social control.

Mr. Kennedy also explores the heritage of nineteenth-century attitudes about the family, women, and sex which influenced the reception given to Mrs. Sanger’s proposed reform.  He discusses the impact of the birth control movement upon organized religion, the medical profession, and the law where, in each instance, initial antipathy slowly gave way to qualified acceptance.  Even the federal government, which had prosecuted Mrs. Sanger in 1914, was itself promoting birth control by the time of the Second World War.

Margaret Sanger died a heroine in 1966.  Yet, as the author points out, however valuable her legacy to us today, her cause was often one of ambiguous implications whose complexities even she did not always understand.