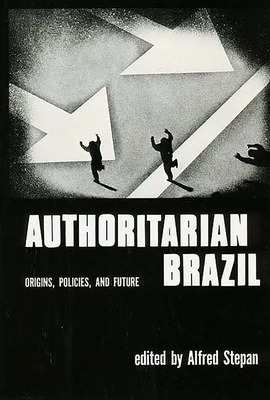 The development model followed by the military regime that came to power in Brazil in 1964 is one of the most controversial among the less developed countries.  The regime’s authoritarian structure, combined with a GNP growth rate that is one of the highest in the world, raises extremely disturbing yet fundamental questions about the relation between political authoritarianism and economic dynamism.

In this book, social scientists from three continents assess the major political and economic characteristics of the Brazilian model.  Because events there have important implications for other countries, throughout the volume there is a deliberate search for new conceptual frames of reference to help put the Brazilian process in a larger comparative perspective.  Because of the important normative issues raised by the Brazilian style of development, there is also an attempt to be explicit about what values the regime promotes and what values it denies.

Each of the contributors is a distinguished scholar in his field.  They are Fernando Henrique Cardoso, Alber Fishlow, Juan J. Linz, Samuel Morley, Philippe C. Schmitter, Thomas E. Skidmore, Gordon W. Smith, and Alfred Stepan.  From their different perspectives, they help us to understand how political repression and economic boom have gone hand in hand in this important Latin American country.