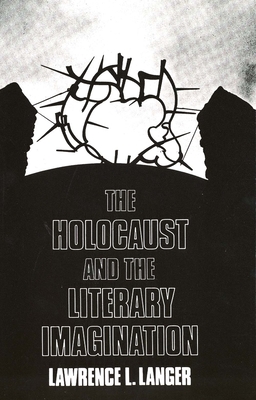 The Holocaust and the Literary Imagination

The immense service that Langer’s careful, thoughtful, immensely intelligent and restrained study renders is that the esthetics of atrocity cease to be an exclusive domain of the victims.  Many of his writers are not Jewish and several were not imprisoned or interned, and yet all of them have been driven by the death-camp universe.  The atrocity of that time and the atrocities that have succeeded Auschwitz represent a continuity that may almost be called a new tradition, one in which the phantasmagoric and horrific is real and the gentle and generous a prodigy to be remarked with amazement.
“The Holocaust and the Literary Imagination is a pioneering work of criticism for it impels us, readers and writers alike, to inquire after the basic paradox: how can literature delight and transfix or warn and modify a humanity from whom nothing is hidden, nothing prohibited, for whom nothing is shocking or unreal.” –Arthur A. Cohen, New York Times Book Review
“A stimulating, perceptive study of the literature of the Holocaust…. Langer’s examination of possible stylistic approaches to the subject, from the delicate whimsy of Aichinger to the graphic bestiality of Kosinski’s The Painted Bird is in each case detailed and subtle.” –The New Republic