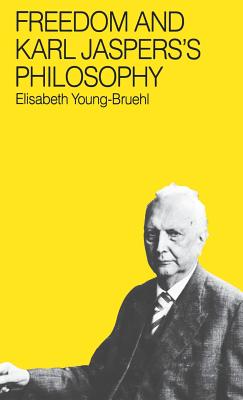 As a founding father of Existentialism, Karl Jaspers has been seen as a twentieth-century successor to Nietzsche and Kierkegaard; as an exponent of reason, he has been seen as an heir of Kant.  But studies tracing influences upon his thought or placing him in the context of Existentialism have not dealt with Jasper’s concern with the political realm and how we think in it and about it.  In this study Elisabeth Young-Bruehl explicates Jasper’s practical philosophizing, his search for ways in which we can orient ourselves toward our world and its political questions.
Political freedom and freedom for philosophizing, for critical thinking, were of a piece for Jaspers, and Young-Bruehl makes the dynamic unity of these two freedoms the subject of her book.  What was important for Jaspers was not a systematic set of philosophical concepts but the activity of philosophizing, a mode of thinking that could illuminate the origins and implications of such unprecedented phenomena as nuclear weapons and totalitarian regimes.  Young-Bruehl shows how Jaspers aimed at responsibility to the diversity of the world and attempted to formulate criteria for judgment conducive to responsible thought and action.