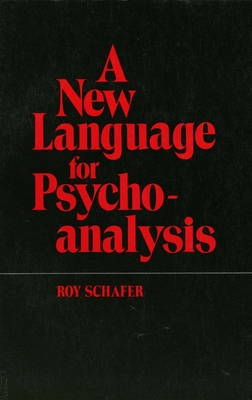 A New Language for Psychoanalysis

In this provocative and brilliant book, Roy Schafer offers a radical reconceptualization of Freudian metapsychology.  When Freud wrote about his discoveries of the unconscious and the nature of psychic processes, he used the language of the prevailing scientific theories of his time—energy, force, and mechanism.  In contrast, Schafer sees psychoanalysis as an interpretive discipline, a human science that requires a language of its own, unencumbered by the old natural science concepts.

Schafer proposes a new language for psychoanalysis, freed from the ambiguities and biases of mechanistic theory.  His formulation is based on the notion of action, were “action” is understood to mean the widest variety of human behavior: perceiving, organizing, fantasying, wishing, and doing—consciously and unconsciously.

In presenting his action language, Schafer first explains how it relates to metapsychology and the psychoanalytic vision of reality.  He presents a philosophically oriented model of the person as agent, one who does things for reasons and creates his or her own experiences and activities.  These formulations are applied to traditional topics in psychoanalysis: action, internalization, self and identity, motivation and the explanation of behavior, and the idea of resistance in analysis.  In a final section, concerned with emotions, the author furnishes clear and logical ways of understanding speaking about love, hate, fear passivity, and other basic emotional experiences.