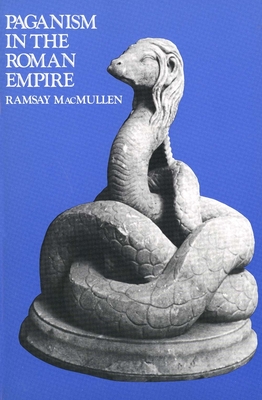 Paganism in the Roman Empire

“MacMullen…has published several books in recent years which establish him, rightfully, as a leading social historian of the Roman Empire. The current volume exhibits many of the characteristics of its predecessors: the presentation of novel, revisionist points of view…; discrete set pieces of trenchant argument which do not necessarily conform to the boundaries of traditional history; and an impressive, authoritative, and up-to-date documentation, especially rich in primary sources…A stimulating and provocative discourse on Roman paganism as a phenomenon worthy of synthetic investigation in its own right and as the fundamental context for the rise of Christianity.”—Richard Brilliant, History
“MacMullen’s latest work represents many features of paganism in its social context more vividly and clearly than ever before.”—Fergus Millar, American Historical Review
“The major cults…are examined from a social and cultural perspective and with the aid of many recently published specialized studies…Students of the Roman Empire…should read this book.”—Robert J, Penella, Classical World
“A distinguished book with much exact observation…An indispensable mine of erudition on a grand theme.” Henry Chadwick, Times Literary Supplement
Ramsay MacMullen is Dunham Professor of History and Classics at Yale University and the author of Roman Government’s Response to Crisis, A.D. 235-337 and Roman Social Relations, 50 B.C. to A.D. 284