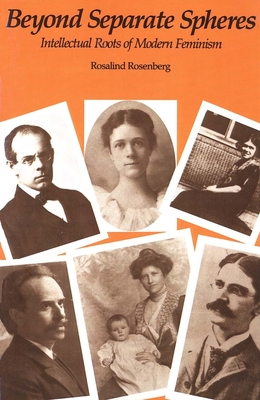 "With superb insight and erudition Rosenberg discerns the connections between social science and feminism which replaced the ideal of ‘true womanhood’ with ‘the new woman’ at the turn of the 20th century. Besides brilliantly illuminating the personalities and ideas which led from one intellectual era to another, the book contributes groundbreaking research to the question of feminism’s fate in the 1920s."-- Nancy F. Cott
"Weaving anecdote and analysis, Rosenberg shows how the women’s experiences in academic and institutional settings influenced the direction and content of their theoretical work."-- Kathryn Kish Sklar, The Wilson Quarterly
"Brilliant and pioneering. . . . Details a fascinating chapter in American intellectual and educational history, and sensitively depicts the often painful challenges faced by women academics of an earlier age."-- Marie Marmo Mullaney, Library Journal
"Forcefully argued and gracefully written, this work . . . not only sheds new light on the intellectual roots of modern feminism, but advances an irrefutable indictment of an academic world that systematically excluded talented women from teaching posts while allowing their male mentors to lay claim to their pioneering scholarship."-- Eric Foner, Commonweal
"Fascinating. . . . Deserves the widest possible readership."-- Hamilton Cravens, Science