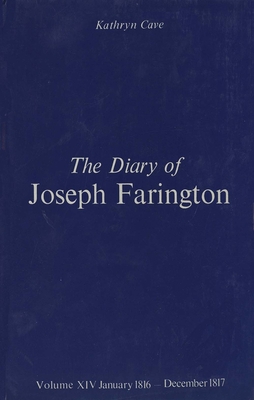 The Diary of Joseph Farington

Joseph Farington (1747-1821), a respectable though not outstanding painter, was active in the social, cultural, and professional art world of his time.  His voluminous diaries enrich our perception of this lively and productive age.
Volumes XIII and XIV of the diaries take Farington past his seventieth birthday but show that his keen interest in public and artistic affairs remained undiminished.  He rejoices at the end of the long war with France, deplores the conduct of Lord Byron, approves the suspension of the Habeas Corpus Act, and speculates about the probable authorship of the attack on prominent connoisseurs in the catalogue raisonné of the British Institution exhibition.  In private life, Farington survives a financial disaster, and campaigns tirelessly to secure the promotion of a nephew to the rank of Post Captain in the Royal Navy.