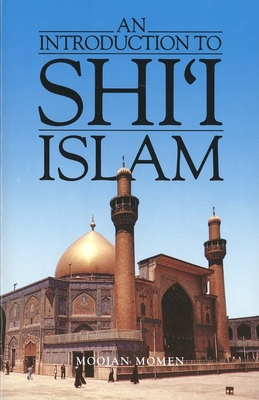 An Introduction to Shi`i Islam

The History and Doctrines of Twelver Shi'ism

This book is a general introduction to Shi’i Islam—specifically to Twelver Shi’ism, to which the majority of Shi’is belong today.  It deals with the history and development of this important religion, giving an account of Shi’i doctrines and focusing in particular on those areas in which it differs from Sunni Islam.

“Momen’s book fills an important gap in the general literature in English on Twelver Shi’ism, and should be carefully studied by anyone who wants to know more about what is happening in the Middle East today….This is a fine work which deserves the widest possible readership.”—Malise Ruthven, The Middle East

“An extremely useful reference source on the establishment and evolution of the Shi’ite branch of the Islamic religion.”—Cecil V. Crabb, Jr., Perspective

“Specialist and nonspecialist alike will benefit from its lucid exposition of both elite and popular Shi’ism. Especially valuable is the way the work presents modern critical scholarship on Shi’i history alongside the orthodox history, which still has great influence on the religion’s self-understanding.”—Mel Piehl, Library Journal