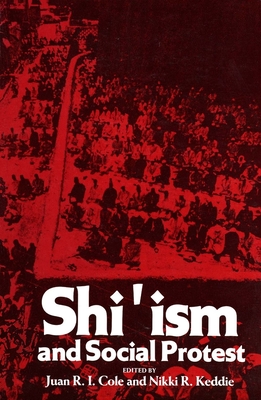 Shi’i Muslims, who make up eleven percent of the population of Islamic nations, have produced more than their share of political activism – from the Iranian revolution in 1978-79 to a series of dramatic individual actions, most recently in Lebanon.  Why has Twelver Shi’ism changed from quietism to an active involvement in politics?  How will Shi’i political activism affect the struggle in and for Lebanon, the Iran-Iraq war, Soviet attitudes toward Afghanistan and Iran, and United States policies toward the Middle East?
This timely and important book is the first overview of Shi’i political activism in each of the countries where it has been significant.  The contributors to the volume – scholars with wide-ranging expertise – here present up-to-date information on the factors involved in the recent rise of Shi’i activism.  Surprisingly, the authors find that national identities have often been more important for Shi’i Muslims than transnational religious solidarity; Shi’is in most countries have mobilized for greater participation in their nation’s resources and political life rather than for Shi’i separatism or clerical rule.  According to the authors, Shi’is have not by any means reached a final point in their political activities; their political future depends largely on the degree to which the demands and desires of their local groups are met.
“A useful guide to the largely unexplored terrain of Shi’i history and tradition behind today’s headlines in the Middle East.”
-- Gary G. Sick, author of All Fall Down