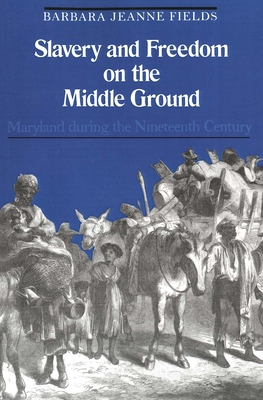 Slavery and Freedom on the Middle Ground

During the tumultuous Civil War era, the border state of Maryland occupied a middle position both geographically and socially.  Situated between the slave-labor states of the lower South and the free-labor states of the North, Maryland—with a black population almost evenly divided between slave and free—has long received credit for moderation and mediation in an era of extremes.

Barbara Fields argues that this position in between concealed as intense and immoderate a drama as enacted in the Deep South.  According to Fields, “The middle ground imparted an extra measure of bitterness to enslavement, set close boundaries on the liberty of the ostensibly free, and played havoc with bonds of love, friendship, and family among slaves and between them and free black people.”  Moreover, the work of destroying slavery and constructing a society of free labor proved to be as difficult in Maryland as in the former Confederacy—even more difficult, in some respects.

Probing the relationships among Maryland’s slaves and free blacks, its slaveholders, and its non-slaveholders, Fields shows how centrist moderation turned into centrist immoderation under the stress of the Civil War and how social channels formed by slavery established the course of struggle over the shape of free society.  In so doing, she offers historical reflections on the underlying character both of slave society and of the society that replaced it.

In this prizewinning history, Fields shows how Maryland’s centrist moderation turned into centrist immoderation under the stress of the Civil War and argues that Reconstruction proved to be at least as difficult in Maryland as in the Confederacy.
"A marvelous book, written with compassion and humor and a rare talent for irony. It establishes Barbara Jeanne Fields as a major historian of the American South, for she has provided new boundaries for understanding the relationship between race and class and she has contributed greatly to our overall understanding of the political economy of slavery."—Nan Elizabeth Woodruff, Journal of Social History
"[A] perceptive and provocative book…. Students of slavery and of the South cannot afford to overlook it."—Daniel C. Littlefield, American Historical Review
"Writing in a clear, spirited style, Fields probes the relationships between slaves and free blacks, between slaveholders and nonslaveholders, and between Maryland’s conflicting sections."—Choice
"A stunning achievement…. The book is must reading for those with a special interest in the nineteenth-century South; those with a general interest in the development of capitalist relations of production will also not want to miss it."—Joseph P. Reidy, Science and Society
Winner of the American Historical Association’s 1986 John H. Dunning Prize