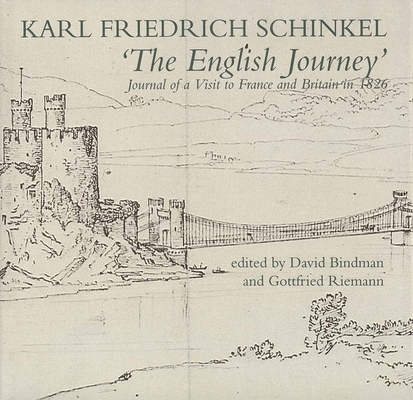 Journal of a Visit to France and Britain in 1826

In 1826 the great German architect Friedrich Schinkel traveled to England and Scotland, visiting not only the usual tourist attractions but also the factories, bridges, and warehouses that were under construction at the time. He kept a journal in which he mused about Britain, its inhabitants, and its architecture, and he sketched the buildings and machinery he found interesting. This book contains the first complete translation into English of Schinkel's journal as well as the drawings he made while he was traveling.

The journal is important for several reasons. It marks a crucial point in Schinkel's career, for it represents the beginning of his serious involvement with the new technologies that provided him with ideas for his later architecture. At the same time the journal gives a unique picture of Regency Britain as seen by a foreign architect. Sites that no longer exist in London, Oxford, Edinburgh, as well as in the potteries, the Menai straits, and the industrial towns and workshops of northern Britain, are recreated here through Schinkel's discussions and drawings, among the very few surviving records of the face of Britain at that time.

The journal, which is accompanied by a full introduction and critical and explanatory notes, is part travelogue and part cultural critique. It sheds new light on British life during an important phase in the country's history.

David Bindman is professor of the history of art at University College, London. Gottfried Riemann is a curator of the Nationalgalerie, Berlin.
Loading...
or
Not Currently Available for Direct Purchase