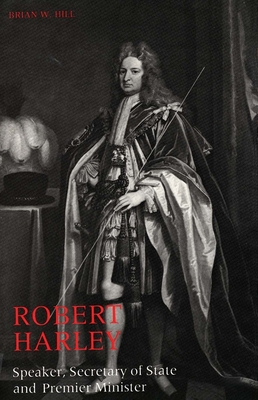 Robert Harley (1661-1724) dominated English politics in the late seventeenth century and throughout the reign of Queen Anne, and his long parliamentary career spanned years during which British political institutions underwent crucial changes. As predecessor of Sir Robert Walpole, he was in effect a prime minister before the office was created, and he administered the country at a time of major conflict within Europe. However, Harley's style of politics was characterized by secrecy and mistrust, and this tended to overshadow serious assessment of his influence and achievements. This book by Brian W. Hill is the first biography of this significant figure.
A pioneer of parliamentary government after the revolution of 1688, Harley became leader of the opposition and Speaker of the House of Commons, and he went on to hold the most important positions of state. Although he moved from one intrigue to another, he was able to stay in power until he was dismissed from office in 1714 by Queen Anne over the South Seas Company affair. His achievements during this period were significant: he turned the early Tories into an effective opposition to help forge a two-party parliamentary system; he persuaded William III to accept limitation of the Crown's powers by the Act of Settlement; and, through the Treaty of Utrecht, he helped to secure peace in Europe for half a century.
Hill sets Harley's career firmly within the political and social context of contemporary religion, regionalism, dynastic conflict, and factionalism. His much-needed study is an important contribution to our understanding of a major figure in a complex and exciting period of British history.