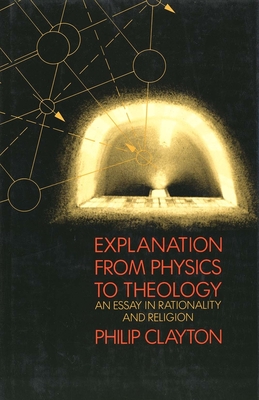 Explanation from Physics to Theology

An Essay in Rationality and Religion

In this book Philip Clayton defends the rationality of religious explanations by exploring the parallels between explanatory effects in the sciences and the explanations offered by religious believers, students of religion, and theologians.
Clayton begins by surveying the types of religious explanation, offering a synopsis of the most significant competing positions.  He then critically examines recent important developments in the philosophy of science regarding the nature of scientific explanations—including the work of Popper, Hempel, Kuhn, and Lakatos in the natural sciences and Habermas, Weber, and Schütz in the social sciences.  Clayton outlines the process of rational evaluation in these disciplines, defining the explanatory quest as the attempt to make sense of or bring coherence into subjective and intersubjective worlds.  He briefly discusses explanations in philosophy and then turns to the explanatory role of individual religious experience, drawing on a coherence theory of meaning and on the conclusions from his discussion of science.  Based on his defense of the doubting or “secular” believer, he concludes by advocating a model of theology in which questions about the truth of a religious tradition are intrinsic to its theology.
“A valuable exposition of the thesis that the explanatory work of theology possesses formal similarities with that of the physical sciences, the social sciences, and philosophy.  Clayton exhibits an impressive command of a broad area of scholarship, and his reflections are balanced and carefully argued.” –Michael J. Buckley, S.J., professor of religion at the Jesuit Theological Seminary and author of At the Origins of Modern Atheism
“I know of no philosopher writing today who has dealt in as informed and thoughtful a way with the broad subject of this book.  Clayton guides the reader through important discussions with ease, illuminating the path all along the way.” –Josiah B. Gould, professor of philosophy at the State University of New York, Albany.