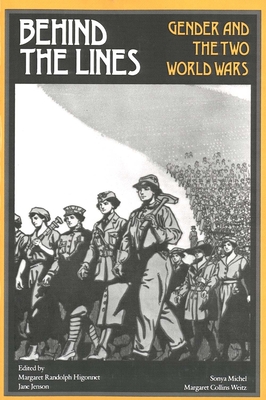 Gender and the Two World Wars

What effect did the two world wars have on the relations between women and men? Drawing on broad comparative material—from government policy to popular media, poetry and fiction, and personal letters—this book examines the redefinition of gender that occurred in many Western countries during both world wars.
“A major addition to the literature on gender relations and war.”—Helena Lewis, Women’s Review of Books
“One of the first, and certainly the most exciting, treatments of war as an event of gender politics.”—Choice
“A substantial contribution to the social history of this century.”—Anne Summers, Times Literary Supplement
“These essays powerfully demonstrate how much the world wars provided battlegrounds not only for nations but for the sexes.”—Michael S. Sherry, Annals of the American Academy of Political and Social Science
“A work of lively, engaged scholarship…. This is an important contribution to current debates about war and human identity, war and political reality, war and transformative possibility.”—Jean Bethke Elshtain