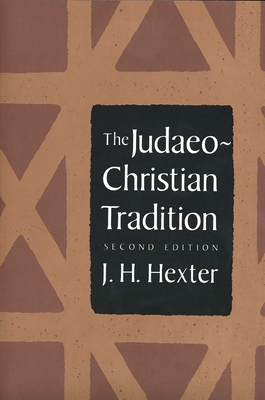 J.H. Hexter’s classic survey of the historical roots of Judaism and Christianity is now available with a new preface and updated bibliography. The book defines the main components, principal influences, and most significant transformations of ancient Hebrew religious beliefs and then considers those of Christianity, showing how early Christianity arose out of the Judaic heritage.

The first part of the book deals with the evolution of ancient Israel down to the end of the sixth century B.C.; the second chronicles the transition from Judaism to Christianity and the struggle of the early Christian communities against the pressures and power of the Roman Empire. Ranging over some 1500 years of ancient history, the book illuminates the cultural and intellectual impact of the Judaeo-Christian tradition.

J.H. Hexter is Charles Still‚ Professor of History Emeritus at Yale University and John M. Olin Professor Emeritus of the History of Freedom at Washington University in St. Louis.
Loading...
or support indie stores by buying on