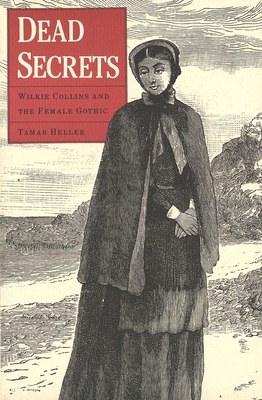 Wilkie Collins and the Female Gothic

Readers have long been enthralled by the novels of Wilkie Collins, whose The Moonstone is considered the first modern detective novel. This book by Tamar Heller—the most comprehensive study of Collins's work ever written--places Collins within Victorian literary history, showing how his fiction transforms the conventions of the traditionally female genre of the Gothic novel and can be read as a critique of the gender and class distinctions that structured Victorian society.

Heller offers an insightful account of the ways in which Collins's work in the female Gothic tradition influenced his characteristic themes and imagery. She also explores how this association with the genres of the Gothic and with controversial "sensation fiction" linked Collins with women writers and literary and social marginality during an era when novel writing was increasingly a male-defined and male-dominated profession. Heller argues that Collins's fictions reflect his own contradictory status as a Victorian writer; his novels focus on the relation of the writer to the literary marketplace and also on the intricate and ambivalent dialectic of masculine literary authority and feminine marginality.

This study of Collins makes an original contribution to feminist literary criticism by demonstrating its value for the reexamination of an important male writer. In addition, by exploring the complexity of the relationship of a male writer to a feminine literary tradition, the book breaks new ground in the study of literary influence and in critical discussions of the literary canon.