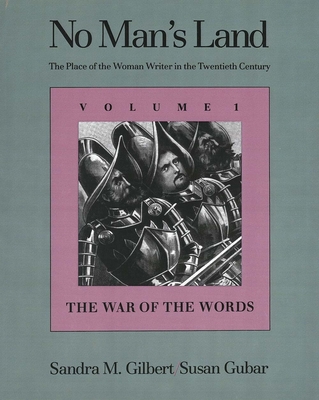 The Place of the Woman Writer in the Twentieth Century, Volume 1: The War of the Words

The first book in a landmark three-volume work that brings feminist theory to bear on modern literature in English. Focusing on both male and female writers, Gilbert and Gubar here survey social, literary, and linguistic conflicts between the sexes as revealed in texts by nineteenth- and twentieth-century writers from Tennyson to Woolf, from Hemingway to Plath.
"An exciting and ground-breaking work."—Carolyn Heilbrun, Columbia University
"Fast, funny, profound in its theoretical assertions, and deliciously irreverent in its asides. Male readers and critics will ignore it at their own peril."—Joyce Carol Oates
"Should be welcomed both by contemporary women readers and by anyone who has had the experience of modernism but wondered about its meanings."—Christine Froula, New York Times Book Review
"No Man’s Land will surely rewrite the history of modernism."—Maureen Corrigan, Village Voice
"No Man’s Land promises to be as crucial for our understanding of 20th-century literature as The Madwoman in the Attic has been for our understanding of 19th-century literature."—Clare Hanson, Times Higher Education Supplement