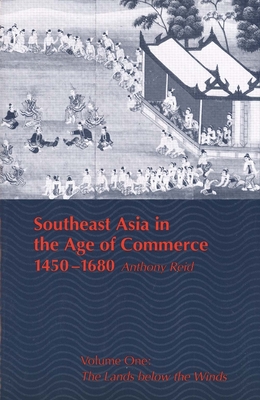 Volume One: The Lands below the Winds

Between the fifteenth and the mid-seventeenth centuries, when the Renaissance and early capitalism were transforming Europe, changes no less dramatic were occurring in Southeast Asia. This diverse tropical region was integrated into a global trade system, while trade-based cities came to dominate its affairs. Its states became more centralized and absolutist, and its people adopted scriptural faiths of personal morality. The pace of these changes finds parallels only in our own era.

Anthony Reid has analyzed and vividly portrayed this Southeast Asian Age of Commerce in two volumes. The first volume, published in 1988 to great acclaim, explored the physical, material, cultural, and social structures of the region. The concluding volume focuses on the profound changes that defined the Age of Commerce as a period. The spice trade that animated the global boom of the sixteenth and early seventeenth centuries made possible revolutionary changes in urbanization, commercialization, state structure, and belief. Islam, Christianity, and Theravada Buddhism made rapid gains in alliance with the new states. Reid discerns common ground between these developments and the forces transforming Europe and Japan but identifies particular limitations on the growth of private capital and the stability of states in Southeast Asia. A final chapter explores the crisis in the mid-seventeenth century that disengaged Southeast Asians from the world economy for the next three centuries.

Praise For Southeast Asia in the Age of Commerce, 1450-1680: Volume One: The Lands below the Winds…