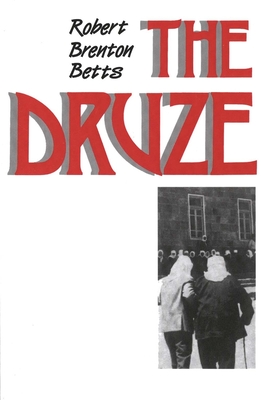 In the first complete account of the Druze, Robert Brenton Betts provides a general survey of the history, traditions, and society of this secretive Arab sect.  Betts, who has spent a great deal of time with the Druze, interweaves his firsthand observations with a wealth of primary and secondary sources, describing not only their thousand-year history but also their political significance in today’s Middle East.
“A deeply informed, brightly written account of the Druze that will be read with profit by students of Middle East history, politics, religion, and anthropology as well as by everyone with an interest in Lebanon, Syria, and Israel.”—Michael C. Hudson, Georgetown University
“A broad and exotic historical view.”—Jewish Chronicle
“A most illuminating essay.”—Choice
“An excellent introduction to the study of the Druze…. Betts adds an extra flavor to his study by providing personal impressions based on his first-hand knowledge of the Druze villages and towns in Lebanon, Syria, and Israel.”—Marius Deeb, Middle East Journal
“A first-rate authoritative general survey.”—John Clark, Theological Book Review